Posted by Editor on November 1, 2016 in Uncategorized | Comments Off on Special Screening of Dublin Capital City

This month, at the Irish Film Institute, the Archive at Lunchtime showings do a “Focus on Jim Mulkerns” – my father. They’ll be showing three of his short films, alternating lunchtime screenings and then a double bill each Saturday. Of special interest is the first ever screening of a new version of “Dublin Capital City 1974-75” which he made with Brendan Halligan, in a bid to get city authorities to address the condition of the capital city. It has a new musical score by Josh Johnston and has been...

Posted by Editor on September 13, 2016 in Uncategorized | Comments Off on Capital City on Culture Night!

Join us for a screening on Culture Night of “Capital City Dublin 1974-75” this Fri: 16th September 2016: There’ll be events all evening from 5:00pm on, and “Capital City” will be introduced by the daughter of Jim Mulkerns, the film’s director.

“Game of Chance” to feature on Irish comedy show

Posted by Editor on September 25, 2015 in News | Comments Off on “Game of Chance” to feature on Irish comedy show 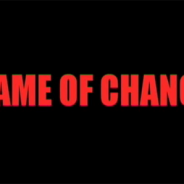 And now for something completely different: the good folks at Ely Productions have picked up on a little gem that Jim made back in the 1970s, which is a sort of kitchy cult classic now.  You can watch it this coming Monday night, 28th September 2015, as part of the comedy show, “Aprés Match – The Wonder Years” on RTE 2, at 9:55 pm … Click here for a sneak peak of “Game of Chance”.  This is an illegal rip of the film, now on a vintage film website in England. And don’t tell Actor’s Equity Ireland...

Posted by Editor on September 25, 2015 in News, Uncategorized | Comments Off on Films to be available in 2015 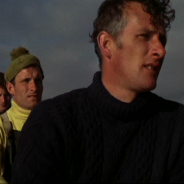 This year, 2015, “Return of the Islander” is being made available for sale online and around Ireland in select shops. The 1975 film, “Capital City” will be re-launched for its 40th Anniversary, more details available soon, check back or contact us here